The USB security keys are attached to the back of the machine via a two-port USB hub. They are iKey 2032 Two-Factor USB Authentication Tokens. One appears to be used for decrypting game data and executable files ("LICENSE KEY"), while the other appears to be used for verifying e-AMUSEMENT participation with Konami servers ("ACCOUNT KEY"). 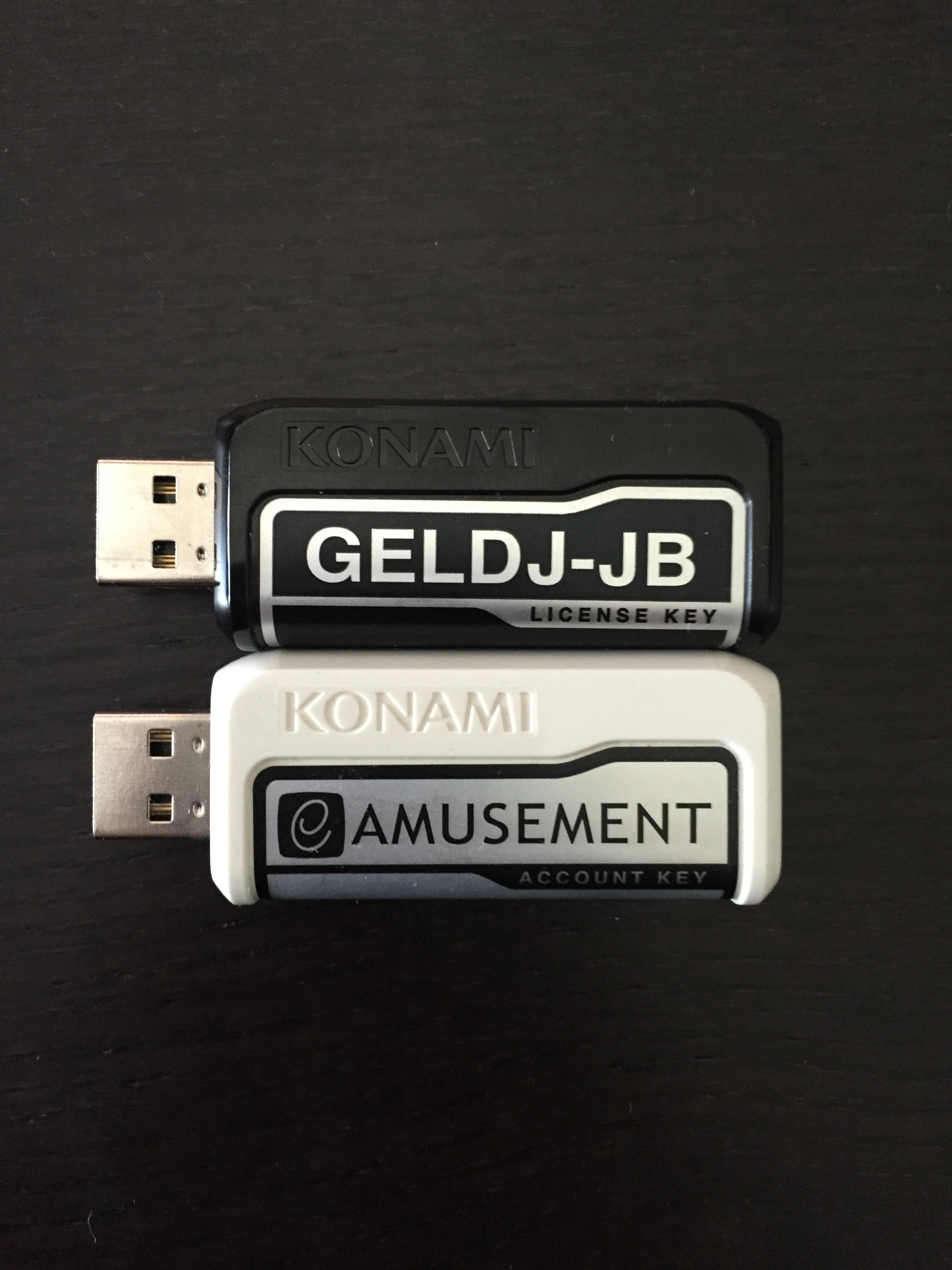 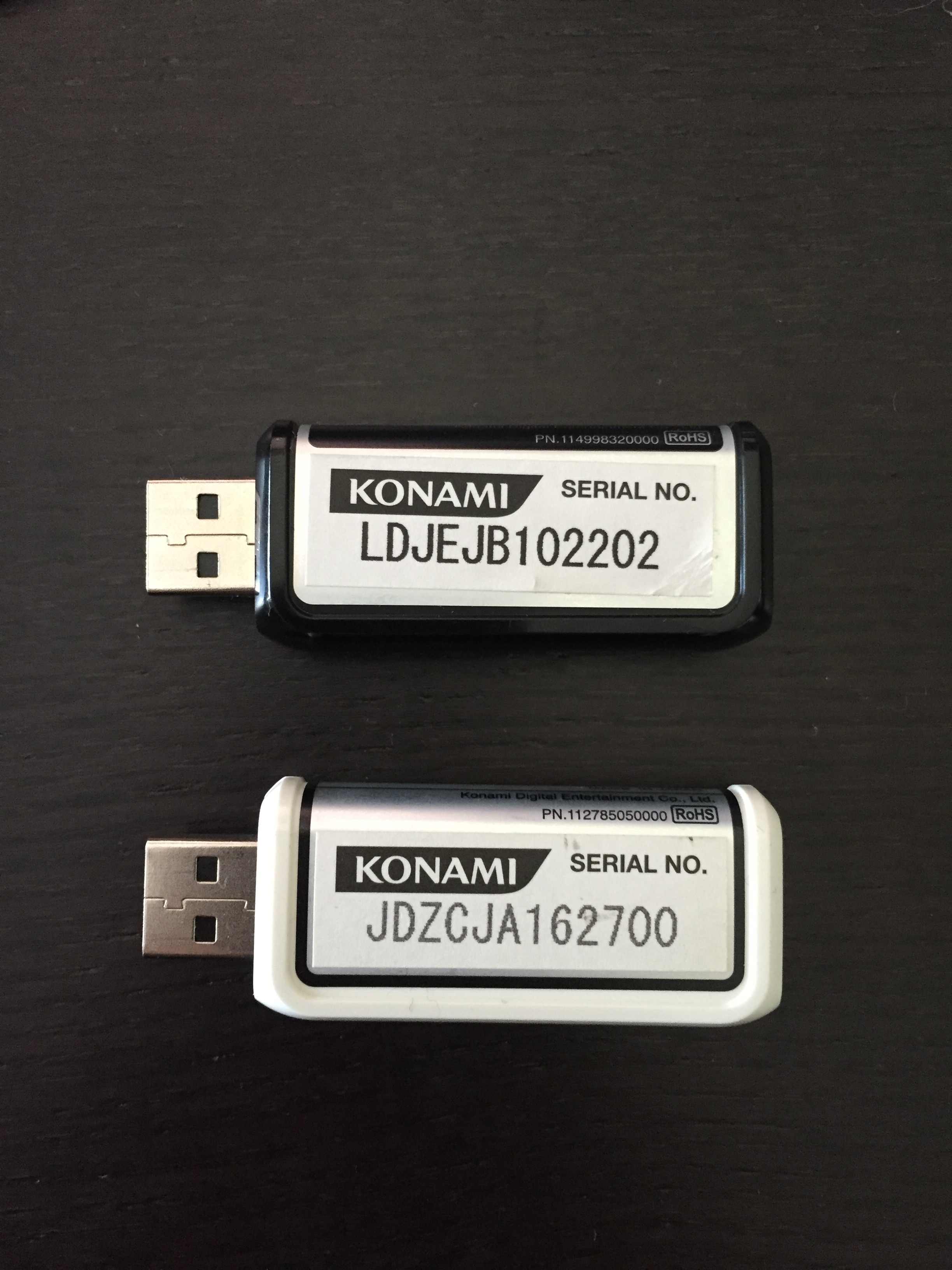 The security keys are protected with a passphrase that is presumably hard-coded in the game executable or operating system config files. The iKey driver will lock out access to the security key if too many failed attempts at the passphrase are detected. 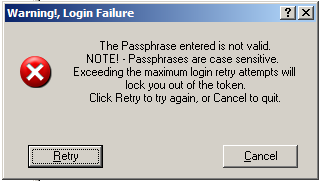 The hard disk used is a WD 320GB 2.5" drive with the following label on it: LDJ-JA beatmania IIDX20. Presumably the drive that I have was included in a Tricoro (iidx20) kit, and at some point the contents were upgraded to SPADA without replacing the original HDD. 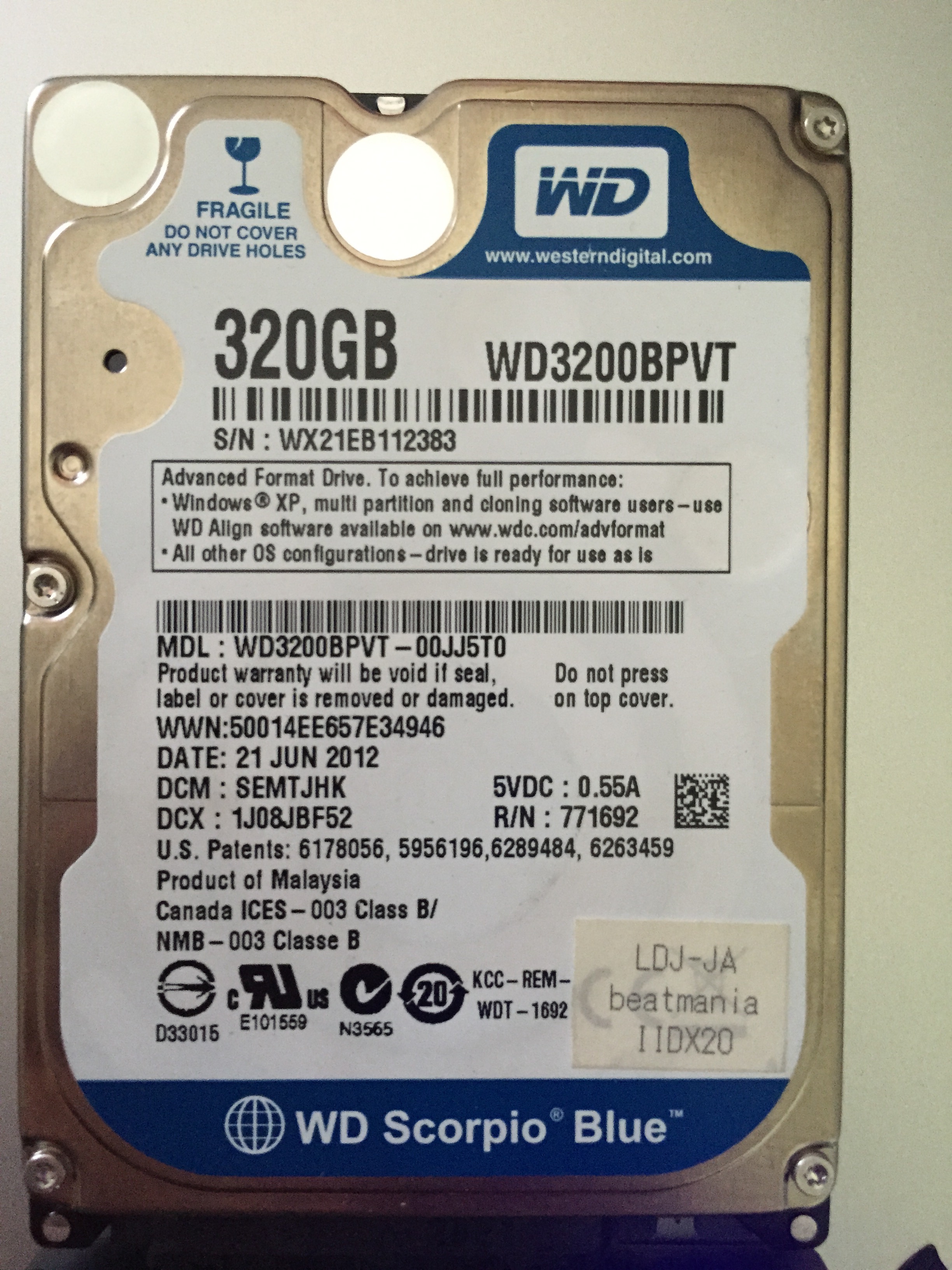 The drive contains a mixture of encrypted and unencrypted data. All of the game data, shared libraries, and executable files are encrypted.

The directory structure of the LDJ directory (where game content is stored) differs between the stock installation and the one distributed by programmedworld.