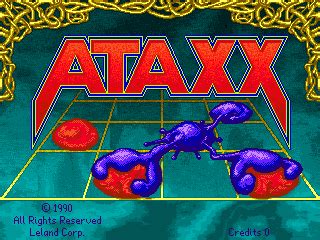 Ataxx is a very cool arcade game that I saw at Arcade Expo this year in Banning, CA. It’s a multiplayer puzzle game that is similar in appearance to Reversi, using colored pieces with one color per player.

It has very simple rules that pretty quickly lead to fun strategies for eventual domination of the game board. Players occupy a seven-by-seven square grid and take turns moving pieces. The player can move diagonal or orthogonal, moving either two places or one. If the player moves one place, the piece duplicates and occupies both the source and the destination. If the player moves two places, the piece moves without duplicating. When a piece is moved, adjacent squares that are occupied by the opponent are flipped to become the player’s color. The winning condition is to occupy as many squares as possible by the end of the game.

The graphics and sound in the game are really cool. It has this “underground sewer” type of aesthetic that is consistent throughout. AI characters that the player battles are mutant alien lifeforms that react according to the player’s actions and other game state. This character battle art style reminds me a lot of Pop’n Music, where the player chooses a character to play in the beginning and battles another character during each song.

The game uses a trackball for input, allowing the player to move a cursor around on the screen to select the next piece to move. If a version of this game were being created today, a large touchscreen interface would be a much superior way to play the game. 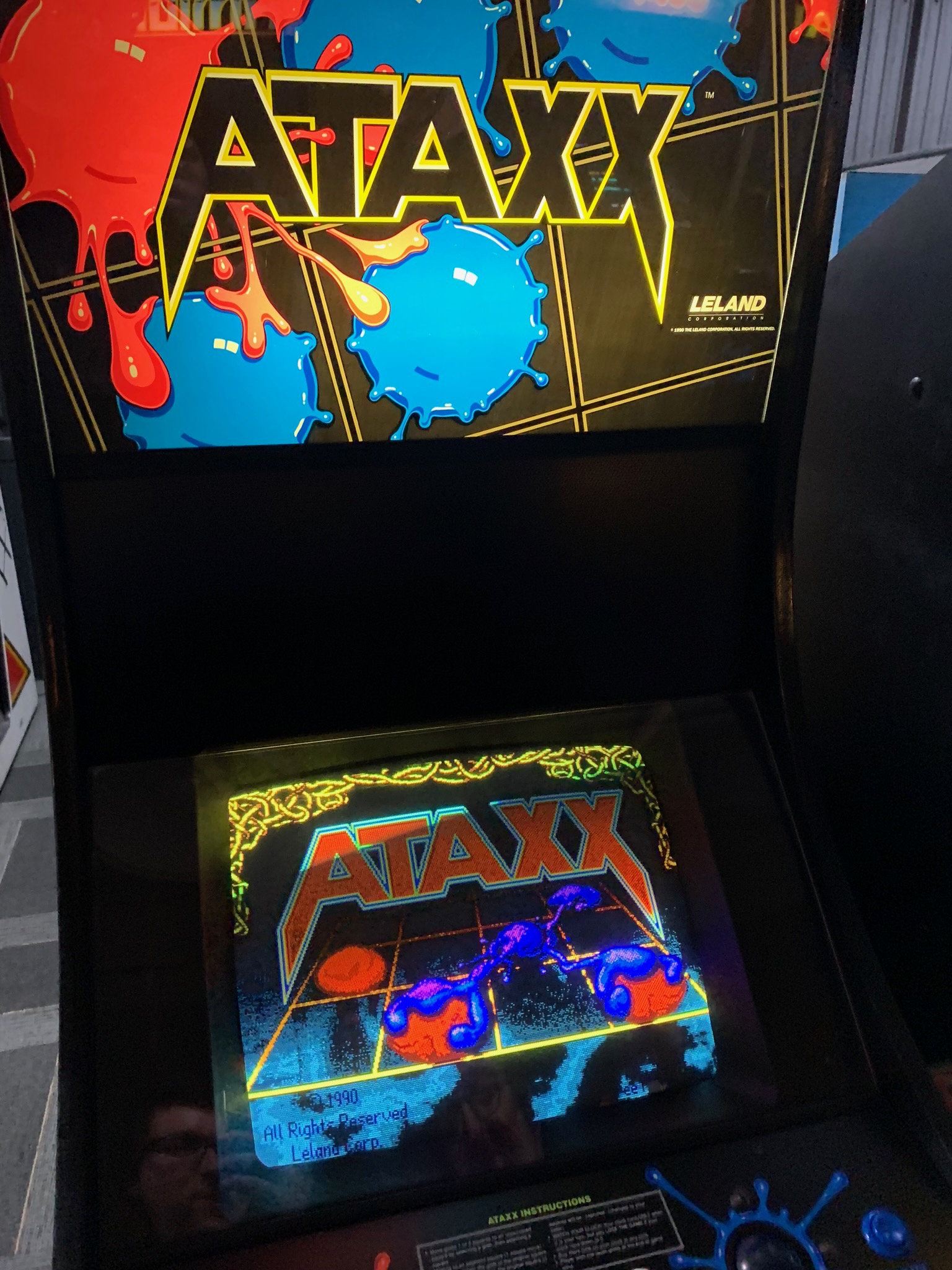 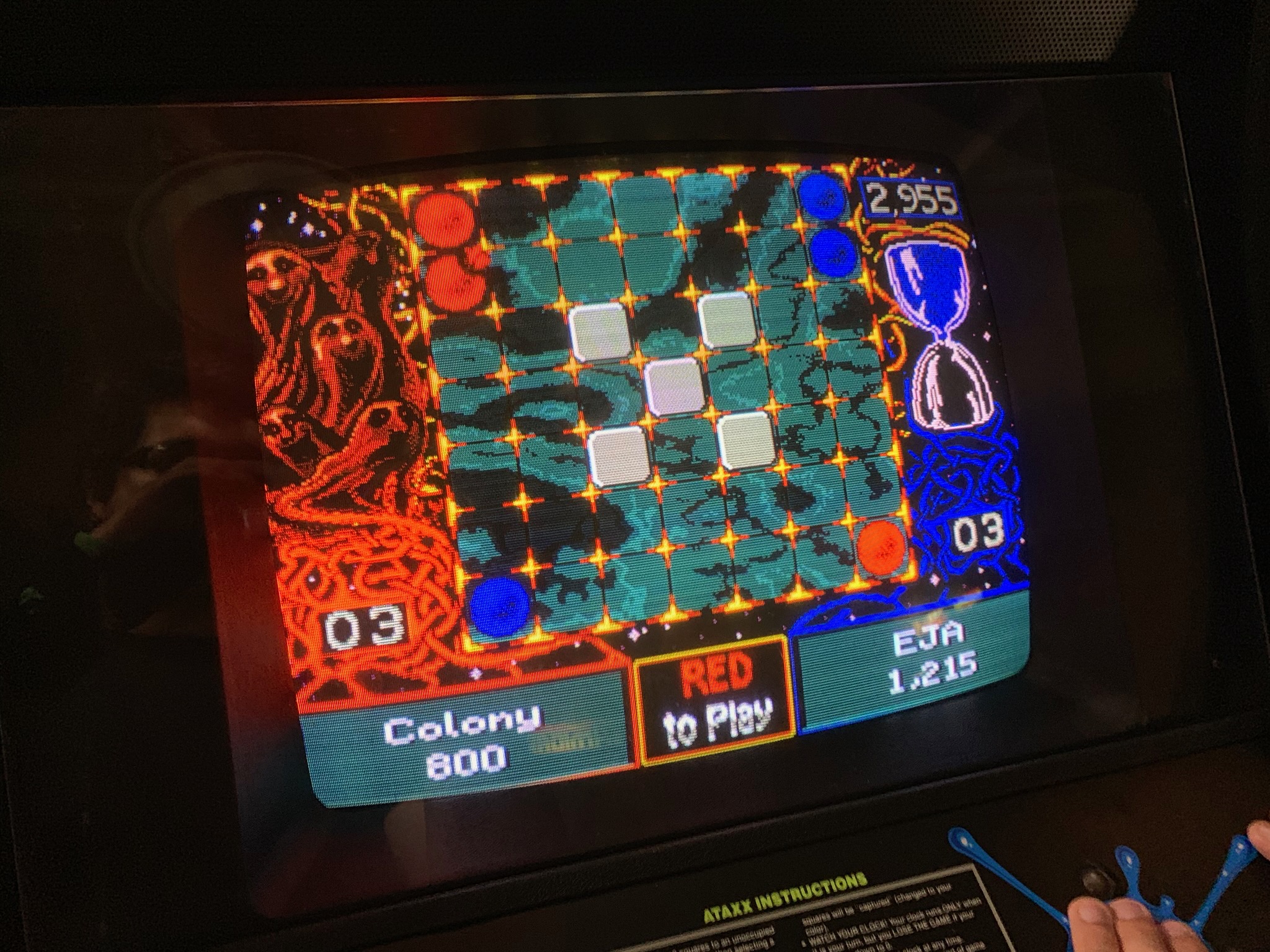